Though The Wilbert Group is an Atlanta-based agency, we have clients all over the country. Our 34 team members sit in an office in South Buckhead (or more recently, their homes across the metro region), but we successfully drive our far-flung clients’ business goals forward through strategic PR and content efforts.

A great example of this is our work with Aaron’s. The majority of our work with the company revolves around its charitable efforts with Boys & Girls Clubs across the country. In July 2021 alone, we:

How we do it: Generating coverage in markets nationwide

An important part of our success in other markets is getting to know the unique media landscapes. We would never blast out a press release to a media list generated by a service. Our team of media relations pros take the time to custom pitch journalists and understand which reporter is right for each pitch. We have recently worked in markets as varied as Oklahoma City,  Monk’s Corner, South Carolina and Cary, North Carolina.

In Cary, we represent Hines’ mixed-use development Fenton. We have built excitement among tenants, brokers and the local community. A recent example is when four retail tenants signed leases there, including three national brands: Williams Sonoma, Pottery Barn, Athleta and Von Kekel Aveda Lifestyle Salon Spa. We pitched the story locally and to trade media, and we garnered seven news stories, including two local broadcast stories, with an estimated total readership of 18 million. 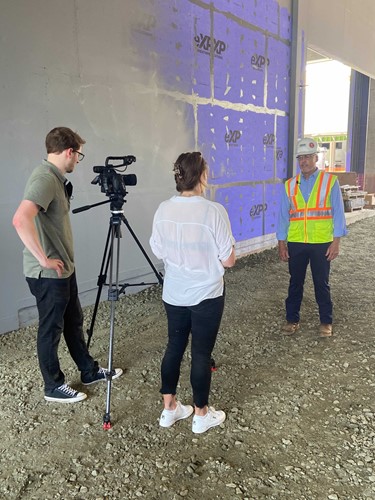 Another great example of how we create a consistent drumbeat in the cities our clients are in – or want to do more work in – is with Atlanta real estate development and investment firm MDH Partners. When we began working with the firm, elevating exposure in the Dallas market was one of its top priorities. By working with the local business journal and trade outlets in the market, we have increased awareness of MDH and also positioned the acquisitions director for the area as a thought leader. With headlines such as, “Active Atlanta investment firm buys fourth Texas property since April,” among others, MDH’s growth has been well-documented, and the company is seeing more deals because of it.

We have also developed processes to create meaningful content for clients across the country,

As an example, our content team recently traveled to Colorado for new client The Promenade Shops at Briargate. In order to build a library of proprietary content for social media, our team went on a two-day content gathering trip to Colorado Springs. During this time, we gathered enough content for up to eight videos of various lengths, and a library of 100+ photos to be used on social media over the coming months.

(Before and after Wilbert below) 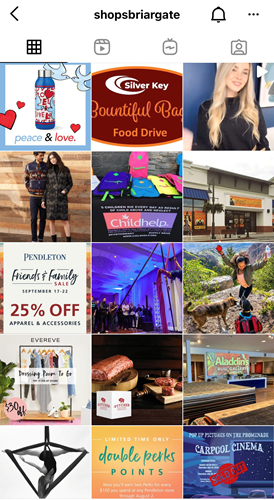 Because we have so much experience telling client stories in the retail and real estate sectors, our team knew exactly what they needed to have an impact. In the past month, since we started posting our content, we have seen a 22% increase in impressions, a 6,000% increase in video views and a 200% increase in the rate of audience growth.

Working with social media influencers is also something we have managed both in Atlanta and across the country for clients. When Bayer Properties opened The Summit at Fritz Farm in Lexington, Kentucky, there were many first-to-market tenants. It was imperative that we educate the market so we provided VIP experiences for local influencers at retailers such as The Frye Company and Kendra Scott.

Whether it’s creating content for social media, designing a new website, securing media hits or planning an influencer event, The Wilbert Group can exceed expectations for our clients anywhere we are needed.