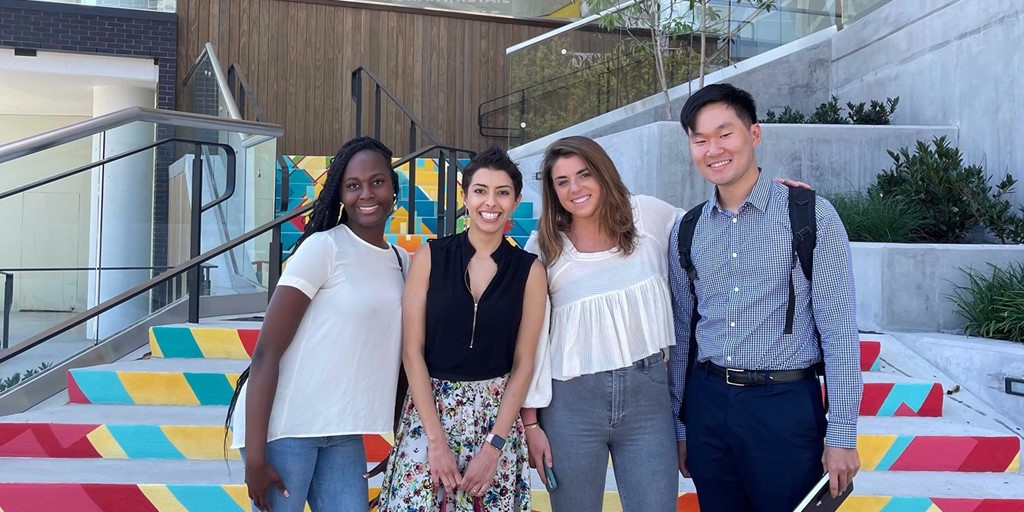 The past few months have been exhilarating at Wilbert. As the economy continues to expand, new clients have arrived and existing clients have expanded their work with us.

More work means more workers, and we have plenty of new faces at Wilbert. Their skillsets provide a good glimpse of what’s important to our clients these days and the breadth of Wilbert’s offerings.

In late March, Addy Canavan joined us as an assistant account executive to handle primarily traditional public relations initiatives. An Auburn grad – we have several at Wilbert – she previously was a junior account executive at Allied Global Marketing. Addy has done great work in a short amount of time, and we’ve already promoted her to account executive!

Later in April, Jeffery Stager came to Wilbert as our newest web developer. As clients brand, rebrand or simply refresh their websites, the talents of Jeffery were much needed at Wilbert. An Alabama grad (we love the SEC at Wilbert), Jeffery previously was a web developer at Berkley Regional Shared Services in Virginia and brought with him skills in C, C#, Python, SQL, HTML, CSS, TypeScript, JavaScript, Angular, .NET, Visual Studio, Git, Windows, Linux,

SharePoint, SCRUM and Agile Development. You get the point.

We then welcomed our summer Wilbert Fellows as part of our internship-on-steroids program that has attracted a lot of talent to Wilbert in recent years. Joining us in early June were Sarah Schmidt (UGA, focus on PR), Chanel Stewart (Spelman, PR), Bruna Traffenstadt (Kennesaw State, digital), and Brandon Zhan (Georgia State, branding/design).

In mid-July, we hired Bella Luna as an account coordinator with a PR focus. She is another UGA grad (our top school for hiring; little wonder as our founder and president, Caroline Wilbert, is a Dawg) and was most recently a content coordinator at CIO Partners in Marietta.

Our hiring continues, with the upcoming addition of Jameson Weiss as a digital manager. He comes to us from Coalition Technologies and is a dual-major graduate of the University of California, Berkeley.

Add them all up, and that’s nine new colleagues at Wilbert with skillsets in traditional PR and media relations, digital/social media, branding, marketing, web development and graphic design. All are skills demanded by our clients, and skills we aim to deliver.